I posted previously on reporting of scientific studies by the popular press. Diet related topics seem to be particularly prone to problems, I guess because they are particularly newsworthy. Diabetes also makes a good headline? A story from 2012 comes to mind, as a number of patients asked me about it. This study was published in the BMJ in 2012, looking at the relationship between white rice consumption and development of type 2 diabetes. This topic has been looked at a number of times with previous authors suggesting increased white rice consumption to be associated with increased risk of diabetes in Asian populations, and that converting from white rice to brown rice consumption is beneficial. However, none of these reports provide 100% proof and the evidence is particularly weak in Western populations. This BMJ article sought to look further at this by ‘pooling’ carefully selected publications in a meta-analysis: a tried and tested technique to get answers in this sort of situation. The work was undertaken by an excellent group and published in an excellent journal (2 of the factors that should reassure us, as discussed previously). The point I would like to highlight here is that this publication shows no statistically significant effect of white rice consumption in Western populations. This is discussed by the authors, and it is noted that maximum rice consumption is low for Western populations, possibly explaining this. Figure 3 of the original article sums this up for me. It is a ‘dose response’ curve for white rice consumption and relative risk of diabetes. All of the Western studies cluster right down at the very low end of the rice consumption axis. The authors discuss also that the studies are all ‘observational’ studies making it possible that it is not rice consumption, but some other associated factor, that is important. So, perhaps my title is incorrect as the statistics are clear and we really can’t comment on an association between white rice consumption and type 2 diabetes in Western populations. However, this was reported in the Daily Mail under the title: Eating white rice ‘could raise your risk of type 2 diabetes’. The picture of a spoon of white rice had the legend: “Health warning: Eating white rice has been found to increase your risk of developing type 2 diabetes”. The article does go on to highlight the difference between Asian and Western populations, experts in the field commenting that the risk was unlikely to be transferred to the West because of low consumption and that the review did not provide conclusive results. So why run the story in a Western newspaper? And the Daily Express went further stating: But even for Western populations with lower rice intakes, the researchers said: “Relatively high white rice consumption may still modestly increase the risk of diabetes.” True, but pure speculation on the basis of available data. This article did flag up the importance of weight control and flagged up the call for more research in the BMJ editorial accompanying the original article. The Huffington Post took a similar tack.

So, lets return to the original article. Asian (Chinese and Japanese) populations had average rice intake levels of 3-4 servings/day versus 1-2 servings/week for Western populations. An enormous difference. And the difference in risk of developing type 2 diabetes between the highest and lowest rice intake Western populations was 1.12, which was not significant when appropriate statistical tests were applied. So this story would be irrelevant for many of the people with type 2 diabetes reading it.

Why do I think this is worthy of comment? First because people do read these stories and are worried by them. They take the headline message, as you would expect. Patients asked me about this story when I saw them in clinic. Perhaps more importantly, there are lifestyle modifications that make a big difference to the risk of developing and management of diabetes. So, as well as sometimes being inaccurate, these stories run the risk of generating a fog that means the important messages are lost. I read a story today (17th Feb, 2016) about ‘sugar content’ of high street drinks, which was truly astounding. No fancy statistics needed here: some drinks contained >60g (15 teaspoons) of sugar.

And a final few thoughts on being careful about reliability of sources and not misrepresenting them, which is of course what this is really about. Wikipedia is a hot topic of conversation with many of the students I supervise. I have nothing against Wikipedia! I often use it myself. It is just important to recognise that the quality of the information varies significantly.  So I plugged “Lies, damned lies, and statistics” into Wikipedia and was delighted with the result:

The term was popularised in the United States by Mark Twain (among others), who attributed it to the British Prime Minister Benjamin Disraeli: “There are three kinds of lies: lies, damned lies, and statistics.” However, the phrase is not found in any of Disraeli’s works and the earliest known appearances were years after his death. Several other people have been listed as originators of the quote, and it is often erroneously attributed to Twain himself.

The discussion that follows is a great example of careful research and reporting of sources that I would be delighted if students and reporters alike emulated! 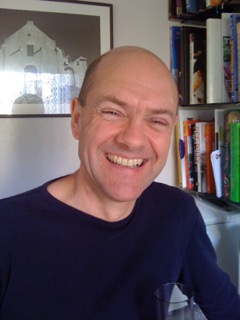 Dr. Smith studied medicine at Cambridge and Oxford and completed his PhD at Cambridge University. He worked as a Consultant Senior Lecturer in Nephrology in Bristol, where he led a research group continuing his interest in the immunology of transplantation and factors determining pancreas transplant survival, and was actively involved in clinical trials. He continues to teach postgraduate students on the Cardiff University Masters course in Diabetes.

Want to join the discussion?
Feel free to contribute!

Top 10 tips to increase the readership of your research article

Selecting reviewers for your submitted manuscript
Scroll to top